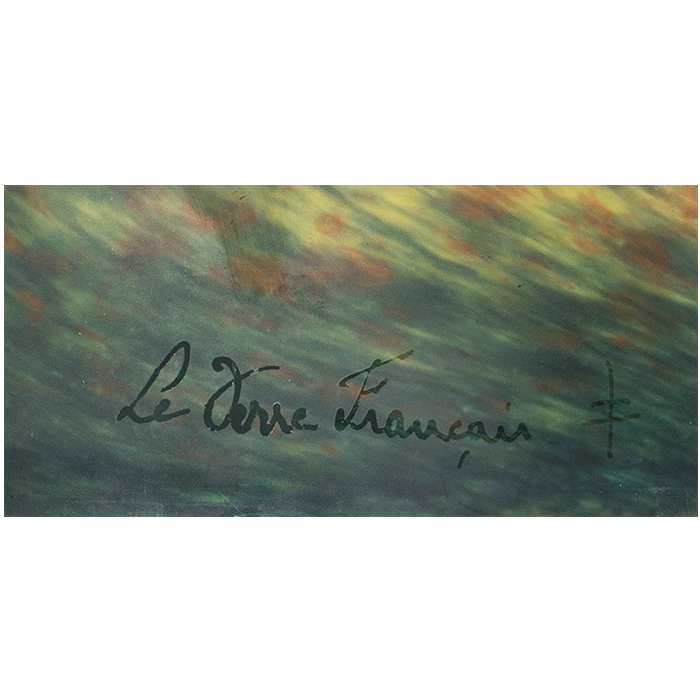 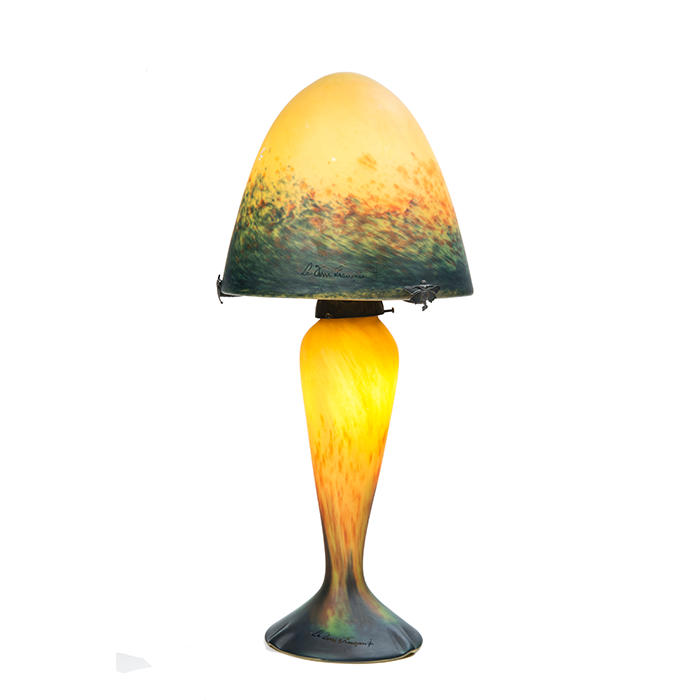 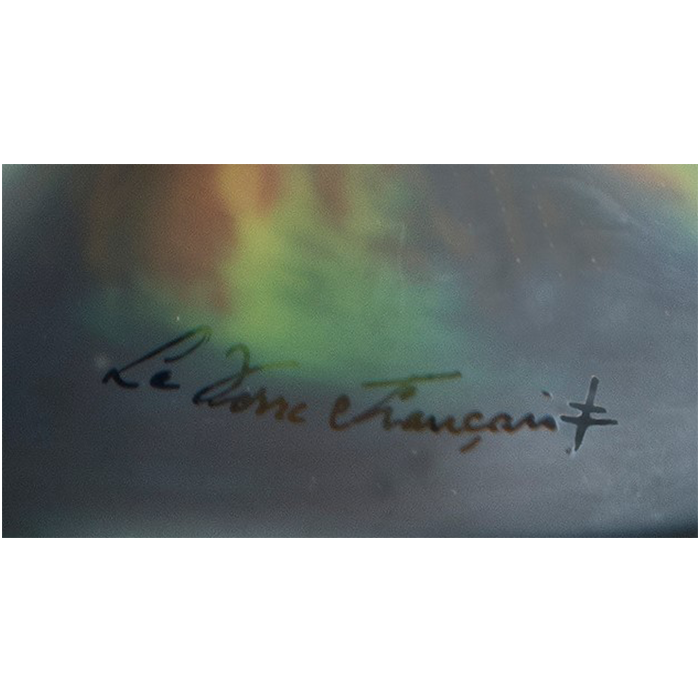 Charles Schneider realised the bright green desk lamp we’re going to analyse between 1921 and 1939. Le Verre Français sign at its base and shade proves it’s authentic.

Charles Schneider was born in Chateau-Thierry, a town close to Paris, on 23 February 1881. He moved to Nancy, one of France’s most renowned artistic centres, when he was still a child.

His brother, Ernest, started working at Dam’s in 1903. Despite his earliest artistic vocation, he attended drawing and modelling classes, along with Henri Bergé, at Nancy’s École Supérieure d’art as of the late 1890’s only.

Schneider moved then to Paris in 1904 to attend the École Nationale des Beaux-Arts where he focused on painting and engraving medals. He realised, and signed, some bronze artworks recalling Art Nouveau style as well.

As from 1906 he displayed them at the engraving section of the Société des Artistes Français, where he was rewarded twice.

After buying a small glass-making company with his brother, he started his own activity up in Épinay-sur-Seine, in Paris’ northern suburbs. He quickly specialized in realising electric lamps along with Henry Wolf, a friend of his.

At the outbreak of the First World War, he was forced to close his company. He started it up again in 1917 as Société Anonyme des Verreries Schneider.

Art nouveau was still the main artistic style in the latest 1910’s. Schneider realised lots of cameo glass items with floral and animal motifs as well as vases provided with handles. In addition to the artistic production, he carried out several glasses for commercial purposes as well.

In 1918 Galle’s company was set on fire and some of its artists entered Schneider’s to get their products done. He had the opportunity of being taught marqueterie de verre technique then.

As of 1920 Schneider shifted into realising glass artworks mainly. In 1921 he then decided to sign them as Le Verre Français or Charder.

Unlikely his brother, Ernest, Schneider aimed to get his glass artworks widely popular. Then, he started using the etching technique to realise them.

In 1929, after Wall Street had crashed, Schneider’s got into financial difficulties. During the Second World War, German troops took it away to turn it into a restaurant.

In 1950, after opening a smaller company with his son, Schneider realised some artworks adding Schneider France sign at each of them. Unfortunately, he died in 1952. His glass-making factory would however be closed in 1981.

The desk lamp we’re analysing belongs to the pieces of furniture Schneider realised between 1921 and 1940. Mushroom shaped and orange coloured, the lower parts of both the base and the shade are dark green painted, fading away to the top.

Three small dimples at the points of the base the cord leans against are thought to get the lamp steadier. The iron rod supporting the shade results in three dragonfly wing shaped branches. Both the base and the shade can be lighted up, at the same time or separately.