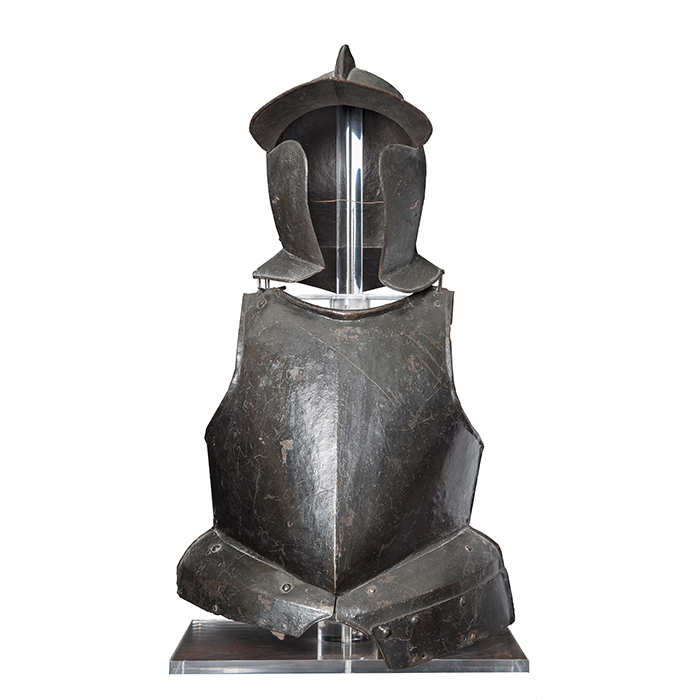 Composed of a breastplate and a helm, early seventeenth century troops mostly used to wear armours like the one we’re going to analyse. It was realised by one of Northern Italy’s armourers, whose iron forging skills were widely known at that time.

The composition of the armour resulted from all the changes such war equipment ran into over the past times. In the seventeenth century lighter but more gunshot-resistant armours were realised to replace the previous ones, heavier and much less practical. Both the breastplate and the backplate of the one we’re analysing can then prove that.

Although most of the defence equipment had no decorative items, some of the most skilled gunsmiths used to engrave and emboss the armours lords and commanders asked them for. They were said to do that both to honour their noble customers and get themselves easily recognisable on battlefields.

Made of forged burnished iron to keep sunshine away, as Northern European gunsmiths used to do, the armour we’re analysing is greatly preserved. The very thick tasset is provided with was realised to keep the soldier’s hip and upper thighs even from the greatest harm. It is certainly worthy of attention.