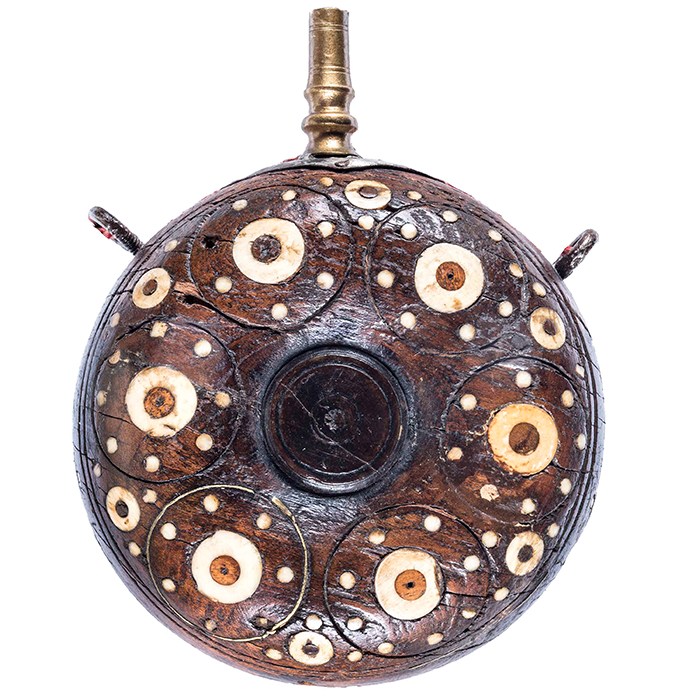 Germany, first half of the XVII century

This greatly preserved gunpowder flask is made of walnut wood with some ivory inlays. Its baluster shaped spout is made of golden bronze. It was realized in Germany in the first half of the seventeenth century and it was one of the equipments German hunters and soldiers used with their wheel-lock arquebuses.

However, because of its rounded flattened shape and its ivory inlays, we can suppose it was realised for a German noble, as similar hunting equipments were very popular among wealthy class members. Ordinary people couldn’t afford such a refined object which wasn’t useful on battle as well.

Because of its small size, then, the powder flask we’re analysing is supposed to be realized for a German noble to complete his own hunting set: it was such a common custom at that time.