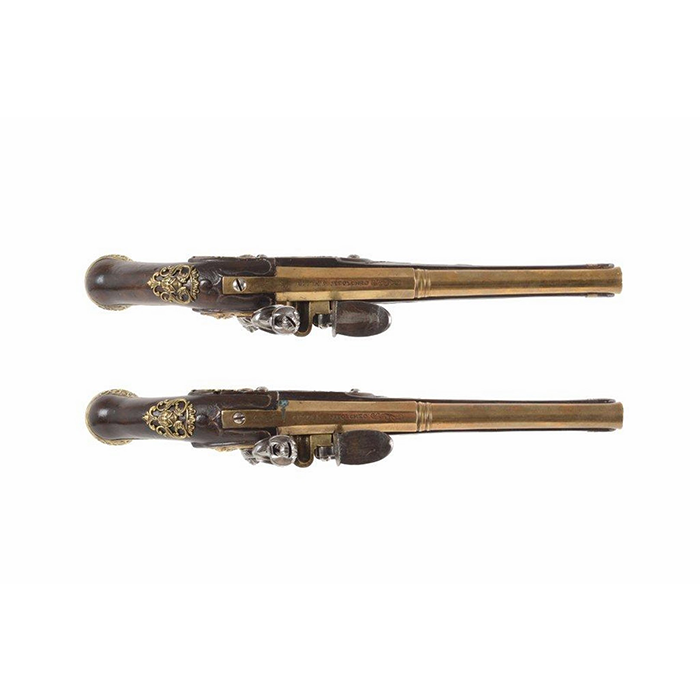 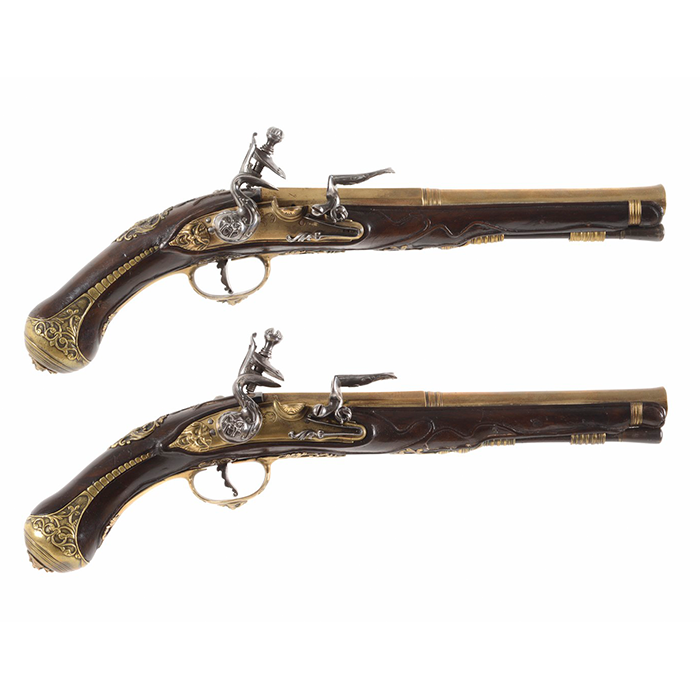 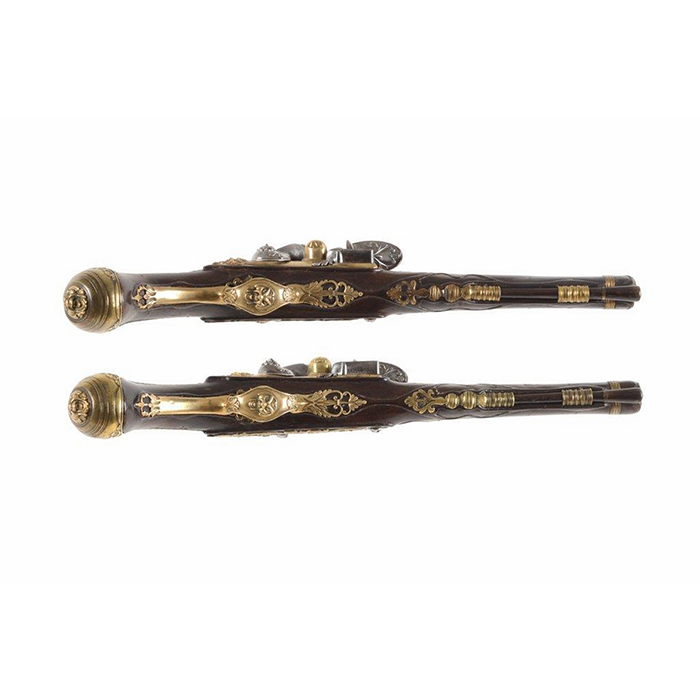 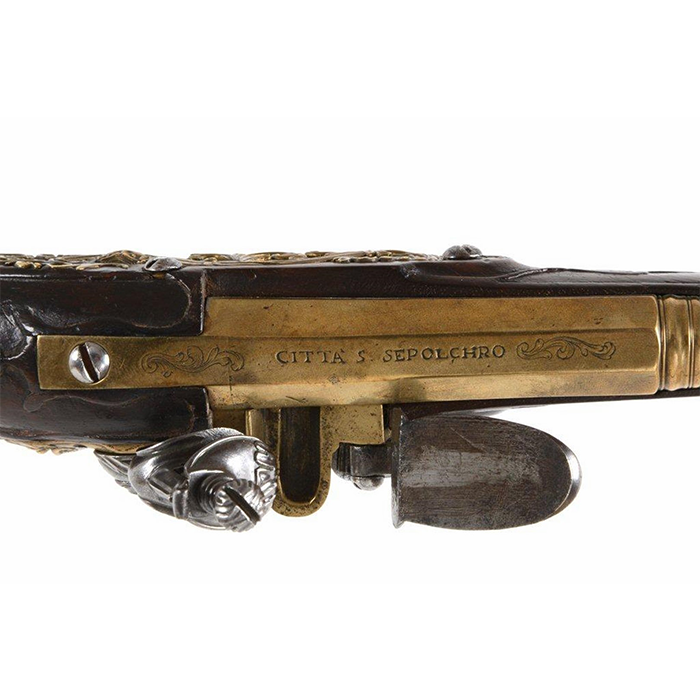 These two rare muzzle-loading flintlock guns were realized by a Tuscan gunsmith in the mid eighteenth century. The walnut wood stock is finely engraved while the barrel, the lock and all the equipments are made of bronze and iron.

The wheel-lock was replaced by the flintlock striking ignition mechanism which was less expensive to realize as well as simpler to use on battle. No keys were required to load the weapon, so it could be used in small spaces too.

Although it is said to be created sometime in the sixteenth century, the flintlock mechanism was realized in the early eighteenth century. It had been used by the most important gunsmiths till 1750’s, when internal priming devices replaced it. In Italy, however, flintlock weapons had such a success that a lot of people carried on using them until the latest eighteenth century, in the Southern areas especially. It was realized in three cities mainly, such as Brescia, Anghiari and Naples.

The guns we’re analysing were realized by a Tuscan gunsmith – whose identity is unfortunately unknown – in the eighteenth century as their refined wood iron and bronze elements can prove. The barrel is engraved with San Sepolcro sign: it was one of the most renowned Tuscan towns for the huge number of craftsmen and gunsmiths living there. Some floral elements were realized all around the sign to soften the austere gun shape.

By choosing the bronze, the gunsmith is thought to make the weapon look as golden as possible. However, because of its high malleability, gold didn’t fit for such a purpose: that’s why some tougher metals were usually preferred. The battery plates of the firing mechanism, for instance, are made of bronze and they are finely engraved with a mask shaped element close to the bottom of the hammer. It was a very common ornamental item several seventeenth and eighteenth century Tuscan furniture and sculptures were adorned with.

The breech block is made of engraved golden bronze as well as all the equipments and it shows a similar item at their bottom. The buttstock is adorned with some golden metal items showing a crowned coat of arms with two masks at its centre. The hammer, the mainspring, the jaw and the screw are made of iron to contrast with the bronze and to improve the gun elegant shape.

Because of the huge number of classical ornamental items and inlays, the materials they are made of and their elegantly refined shape, these two guns are such an example of eighteenth century Tuscan gunsmith skills: they are surely worthy of note.