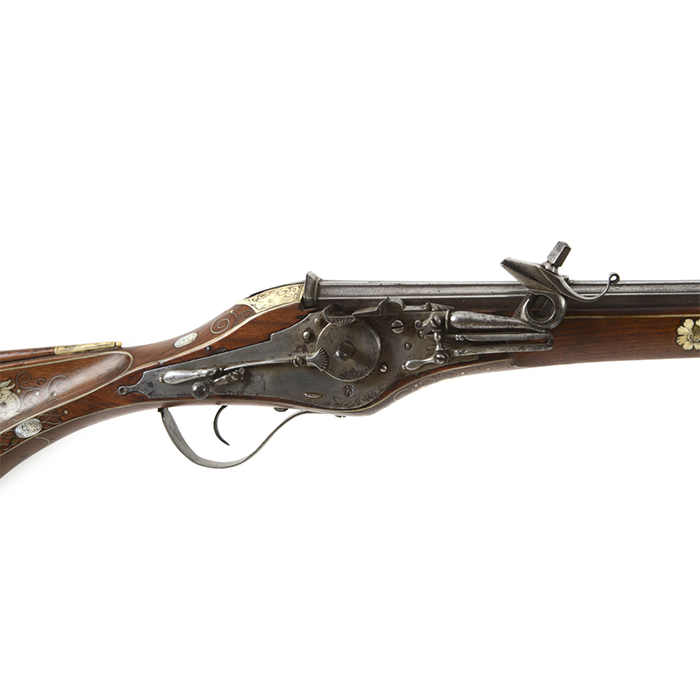 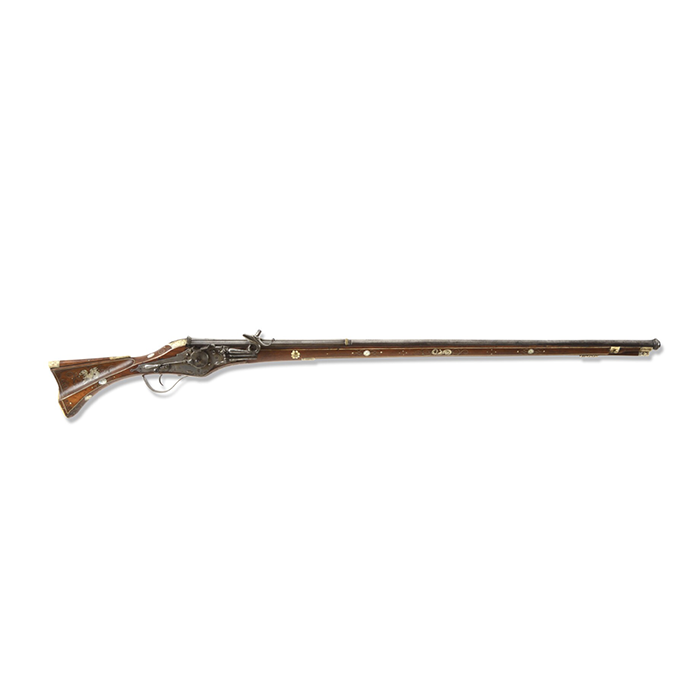 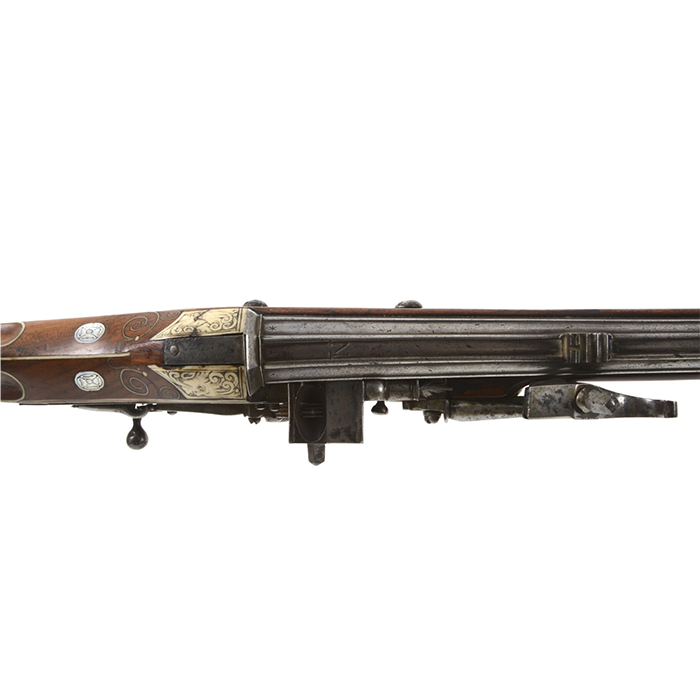 This refined wheel locking rifle was realized by one of the most skilled German gunsmiths of the early seventeenth century. Because of three different sources about its invention, we can’t date the wheel locking ignition mechanism properly.

Leonardo da Vinci drew it in the sixteenth century, as his Codice Atlantico can prove. Alfonso I D’Este forbade his soldiers from using wheel locking arquebuses in 1513 and 1522. A clockmaker from Norimberga is then said to create such an ignition mechanism in 1517.

Unlike the guns, the wheel locking arquebuses caught on later as it was very difficult and expensive to realise them. That’s why they were used for hunting mainly, at least till the latest sixteenth century when German gunsmiths started carrying out a lot of wheel locking prototypes. Some of them were very refined, as those made of wood and engraved with bone and ivory items can prove.

As we previously said, the rifle we’re analysing was realized in Rhineland, Germany. Because of its small size, a young person was very likely to be its owner.

The barrel is reinforced at its firing and its bottom where we can appreciate a brass ferrule, while a N letter item and three tiny stars are inlaid next to the breech punch. A well refined hammer is close to the wheel lock, whose lower central part shows a tiny shield looking emblem containing two letters: G and H.

Rhineland gunsmiths used to inlay the weapons they realized with this sign to prove their origin as well as their authenticity. Such a signature looks like a warranty “label” and we can appreciate it on every similar rifle today kept at some of the most important European museums.

The wooden stock is finely inlaid with nacre and bone items reproducing some tiny odd animals and masks. That’s why we can assume the rifle is most likely to be realized for a young person. At that time fathers used to gift their sons with small rifles – as theirs were too heavy to hold – to steer them to the hunting.

The greatly preserved rifle we’ve just analysed is such an example of the weapons German gunsmiths were able to realize in the early seventeenth century.