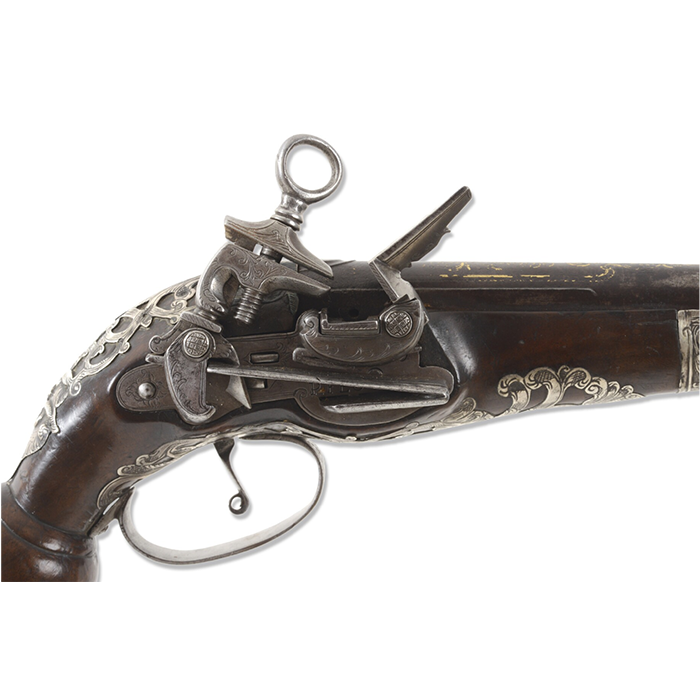 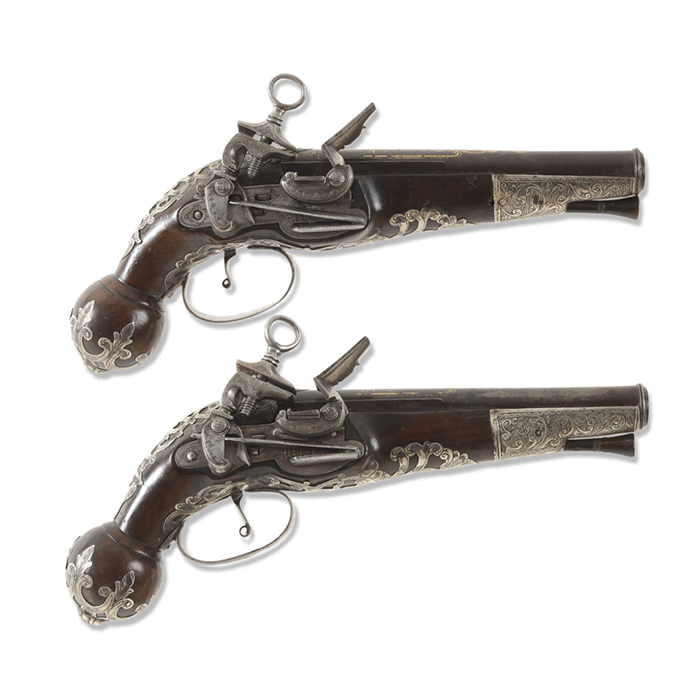 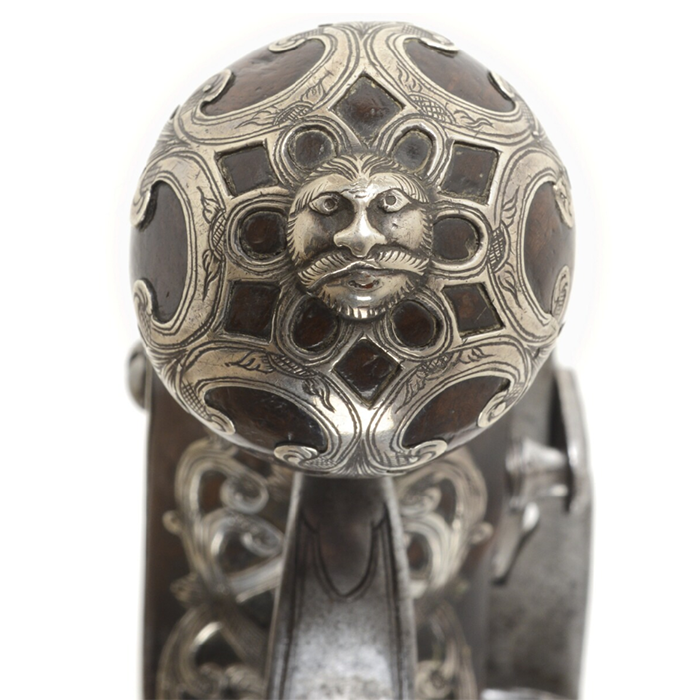 The barrels of these Ripoll flint astonishing guns are well refined with golden floral items along two thirds of their lenght and a special bushing at their muzzles.

Pasquale Feo, a mid XVIII century Neapolitan armourer, put his own signature on the finely engraved miquelet battery of each gun. Each surface of the hammer is carefully engraved.

Feo, or De Feo, family is said to be composed of the most important craftsmen and gunsmiths in the Kingdom of Two Sicilies as of the mid eighteenth century. According to Zagari, between 1750 and 1780 they worked at Torre Annunziata Royal Firearm Factory. Then, they carried on their thriving business on their own throughout the nineteenth century.

Some firearms of theirs’, now on antiques market, prove Feo’s brand had been synonimous with warranty and huge quality since the last decades of the eighteenth century.

The well preserved guns we’re analysing were realised when Pasquale, with some other family members, worked at Torre Annunziata, where he got a huge success because of his gunsmith skills.

Their artfully refined steel trigger guards lean against the thicker walnut wood stock, which is adorned with some floral-shaped silver engravings.