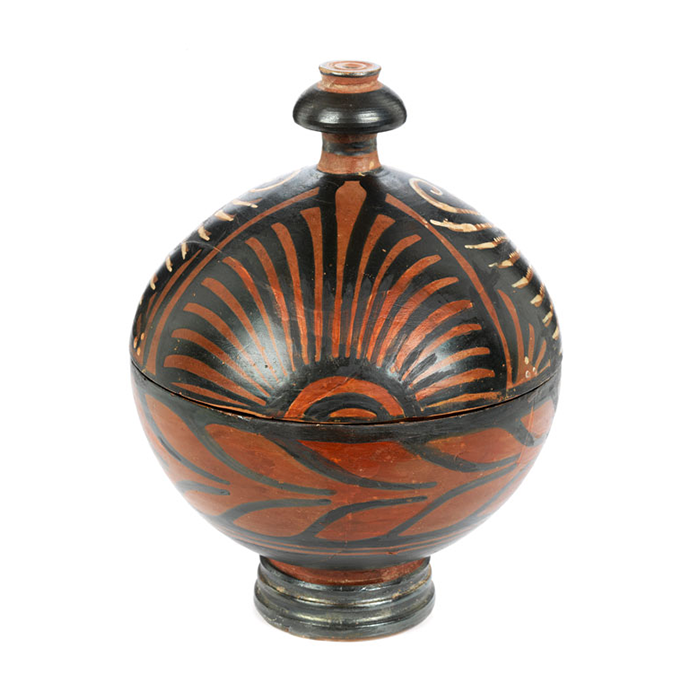 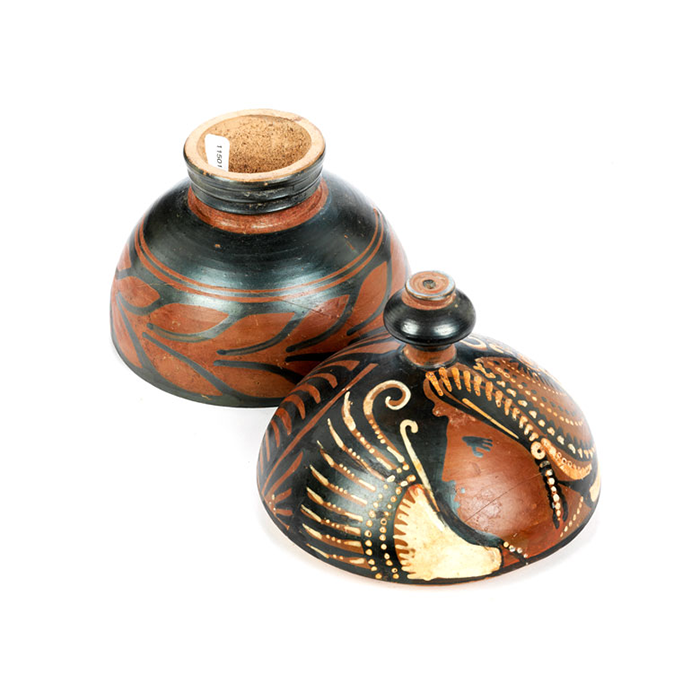 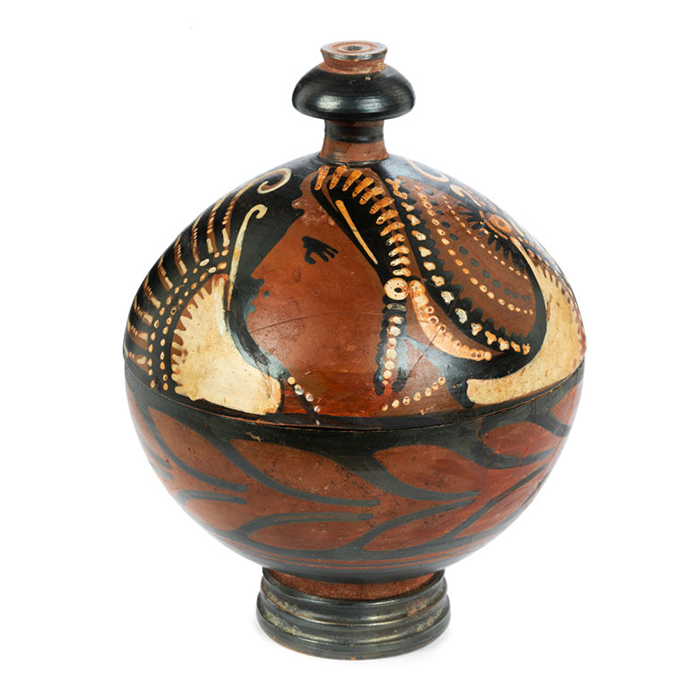 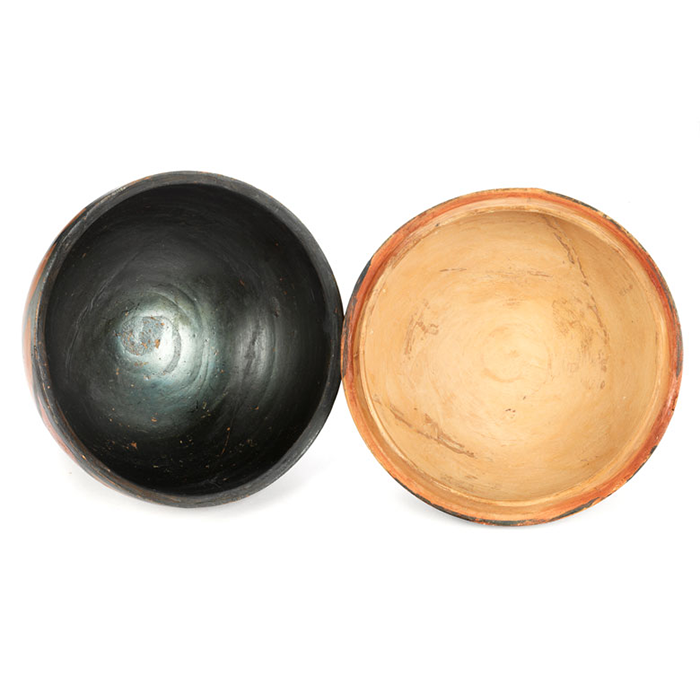 Review by the Archaeological Authority for Florence, Pistoia and Prato’s Cultural Heritage and landscape safeguard

Ancient globular pyxis of Apulian production with red figures of the second half of the 4th century / beginning of the 3rd century BC.

The piece was sculpted with a peculiar tan clay and is finished with glossy metallic black paint and white overpainting. The pyxis is composed of a hemispherical cup supported by a moulded foot in the form of a truncated cone, of a lid with a cylindrical knob characterised by an inverted echino grip, a hemispherical brim, and a seam for the cup. The lid is animated by a fine and elegant decoration depicting a woman’s bust showing the left profile, as she is turned to the right. The figure is adorned with over-painted jewels such as a pair of very long pendant earrings and a pearl necklace. The hair is put up in an embroidered sakkos which is tied with a long flattering ribbon. The figure appears framed between two large finely painted wings, since each feather is highlighted and well defined. At the back of the lid there is a big fan-shaped palmette. The cup instead, is simply and elegantly decorated with a horizontal laurel twig that runs along the entire circumference. The pyxis is completely intact in all its parts.

The piece was analysed by the Nucleo Carabinieri Tutela Patrimonio Culturale of Florence and resulted to be legally sourced. Also, it has obtained the approval for sale by the Soprintendenza Archeologica Belle Arti e Paesaggio per la città metropolitana di Firenze e le province di Pistoia e Prato.

The piece comes with a permit for free movement issued by the Italian Ministry of Cultural Heritage & Activities of the Florence Office.