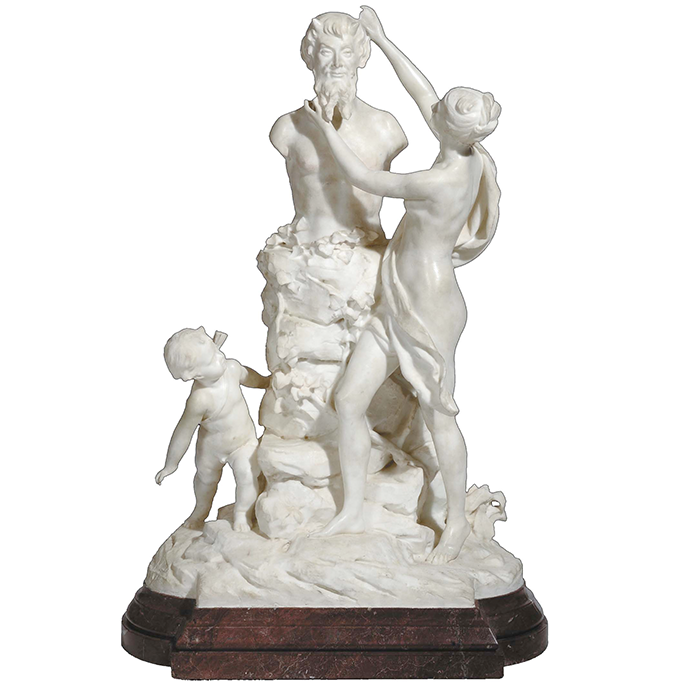 Egisto Gaiani was born in Florence on 16 August 1832. He started working as apprentice at Barbetti’s first and at Francesco Morini’s then. As he opened his own workshop, he quickly stood out as one of the European most important artists thanks to his sculpting and wood carving huge skills.

He was renowned not only in Italy, but also in Switzerland, Germany, Great Britain, France and Austria. During Vienna Universal Exposition in 1873, Gaiani’s artworks were hugely appreciated.

As he was appointed professor of visual arts, he successfully taught at Florence and Genoa Art Academies.

Gaiani realized the sculpture we’re analysing in 1886. As he signed it, we have no doubts about its authenticity. Mythical issues and ars amoris themes joined together have been finely carved out of the white marble, as the most famous sculptors did throughout the nineteenth century.

The artwork, whose main characters are meant to recall the artist’s life experiences as well as his undeniable artistic skills, is published on Sandro Bellesi’s Pittura e scultura a Firenze, edizioni Polistampa, 2017, p. 183.