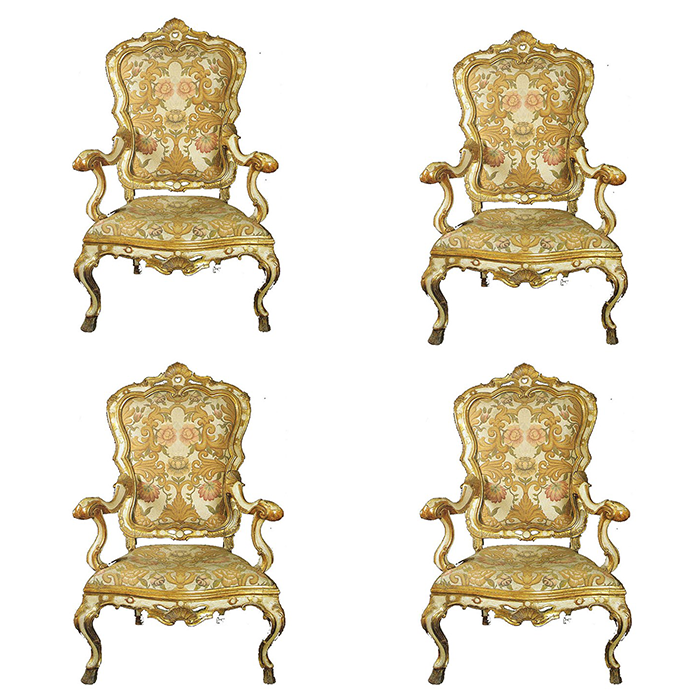 The set consists of four finely engraved lacquered armchairs with upholstered seats and backs. Because of their artfully engraved wooden parts, as cleverly combined with ivorian and golden elements, we can maintain all the armchairs were realized by one of the mid eighteenth century Venetian workshops.They are likely to be requested by some local nobles as their violin shaped backs, which were said to be such a fine furnishing element among Venetian parlors, can prove. They are covered with their original cloths with the threadlike silver garnitures, typically realized by eighteenth century Venetian weavers. According to Levi’s “Lacche Veneziane Settecentesche”, such armchairs were said to be located within some aristocratic buildings only and are kept today at some museums mainly. Artworks like these belong to Ca’ Rezzonico Museum collection, Venice, but the four armchairs we’ve just analysed are published on “Mobili laccati del Settecento Veneziano” by Edi Baccheschi and Saul Levi, ed. Gorlich, 1962, p. 16.