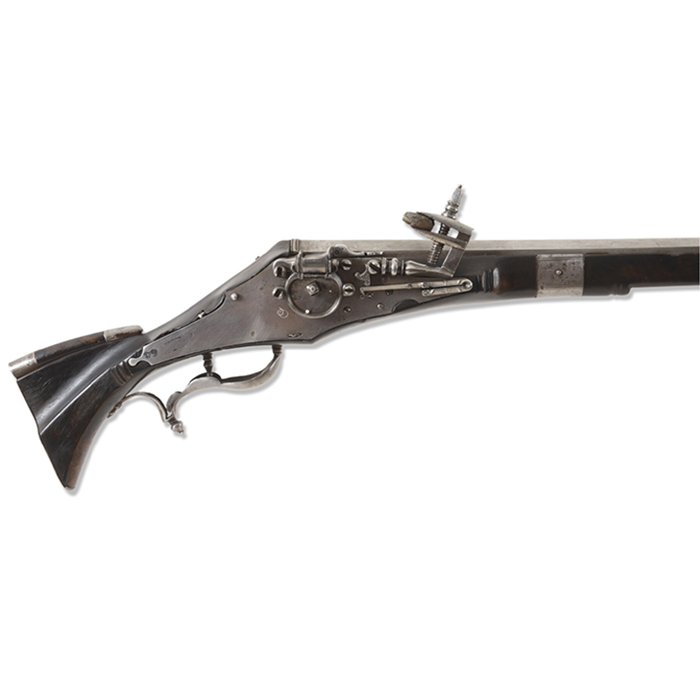 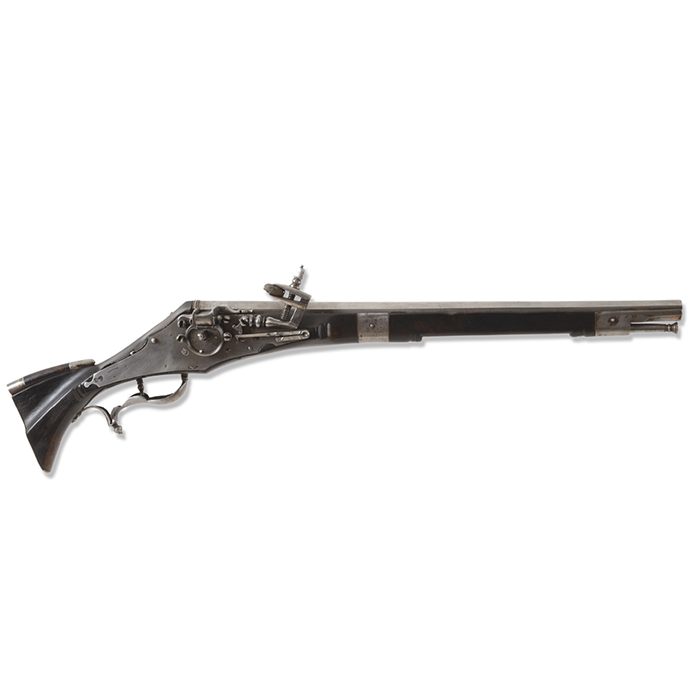 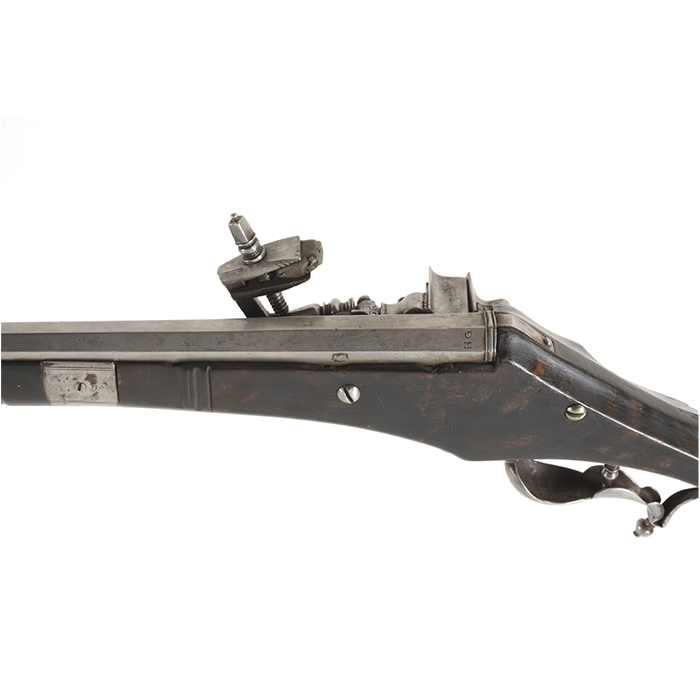 Since it’s bigger than a gun as well as smaller than an arquebus, this highly refined weapon was usually called terzarolo. In addition to its huge firepower, similar to bigger rifles’, it was said to be lethal for close-in fighting because of its small size and its high handling.

The wheel lock ignition system, the baluster shaped hammer and the octagonal barrel with its punches – one of the Brescian gunsmiths’ trademarks – allow us to assume the weapon was realized in Brescia in the late sixteenth century. We can then appreciate “HG” sign at the breech, in addition to the punch and the Friulian spit looking winged tang.

All the iron equipments are finely joined with the walnut wood stock.