Since man learned hunting to survive, weapons and defensive suits have evolved continuously over the centuries, gradually adapting to defense and offense’s new needs. The great weapons rooms of the past, usually inside great castles, were a real pride for the owners, who used their weapons and armors both in the war field and in the parade to show off what today can be real forged jewels. In fact, in the great workshops of master armorers and master gunsmiths, the real masters of chiseling, fretwork, and goldsmithing were working. Weapons were a great field of conquest ever, for those great artists serving the art of war and managed to bring the craft into war. Weapons and armors always fascinated adults and children, being the dream of entire generations of collectors. 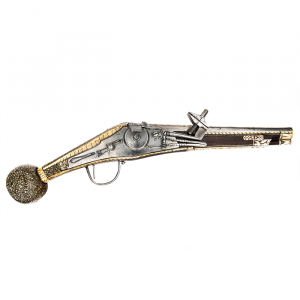 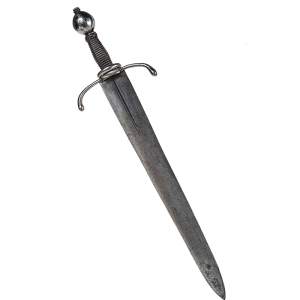 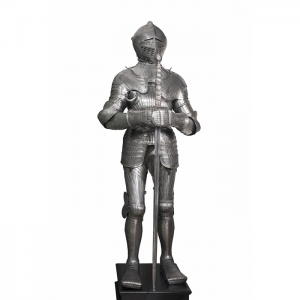 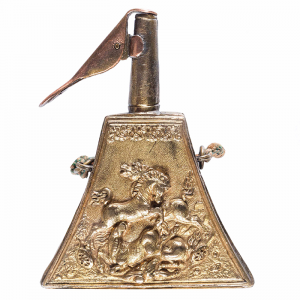 Gallery of Ancient Weapons and Armors

The Gallori Turchi gallery of ancient weapons and armors has almost 80 years of experience behind it. The passion for ancient armaments was handed down from generation to generation since 1942. Gallori Turchi combines the interest in art and antiques with the one for weapons, and it is precisely this interest that over the years led to perfect knowledge in terms of ancient weapons and armors of any kind, as well as expanding its collection in the antique gallery, located in the historic center of Florence.

In the Gallori Turchi gallery, there are different types of ancient weapons and armors: specifically, it is possible to admire firearms such as pistols, dueling pistols, saddle pistols, hunting rifles, reefs; cold steel such as edged weapons; pole weapons – such as hooks, halberds, and pikes; blow weapons – such as maces, hammers, war axes; throwing weapons – such as crossbows, bows, and “pallottieri” – ancient Italian word of the past, which defines a crossbow throwing bullets made of terracotta; defensive suits, for example, helmets, morions, infantry armor, “Maximilian” style armors, infantry defensive suits, parade wheels, bucklers; finally accessories such as spare gunpowder, powder flasks, keys, mechanisms.

The firearm was born in the late fifteenth century when, due to the difficulty in penetrating armors by the opponent’s blades, the need arose to strike the enemy from a distance. Born as a rudimentary iron rod into which black powder ignited with a fuse placed at the breech was inserted, the firearm has evolved in four centuries in a real revolutionary way. The cane makers masters and the masters “azzalinieri” (flintlocks makers -in Italian azzalinieri from the word azzalino or acciarino) who have alternated overtime to conquer the genius and the discovery of this particular war instrument. The collection of ancient firearms is still today the privilege of those wishing to own a part of those battles that have often changed the course of human history.

Here are some of the collectibles you can find in the Ancient Firearms section:

– Ancient and rare “Puffer model” wheel pistol, made by the Saxony masters in the sixteenth century, preserved in perfect condition;

– Pair of saddle guns with external wheel mechanisms, by master gunsmiths active in Brescia in the 16th century;

– Old and valuable hunting rifle with an external wheel trigger mechanism, made by one of the weapons workshops active in Rhineland (Germany) in the seventeenth century, in excellent conditions;

– Pair of ancient and rare muzzle-loading dueling pistols with nipple mechanism in a case, made by the gunsmith Salvatore Mazza in Naples – 19th century;

– Elegant and large portable harquebus – called “terzarolo” in Italian – built-in Brescia in the last quarter of the 16th century;

– Precious and rare pair of muzzle-loading pistols with flintlock mechanism, made by gunsmith Pietro Fiorentino in Brescia in the 18th century;

– Superb pair of flintlock pistols, made by the Neapolitan gunsmith Pasquale Feo in the last quarter of the 18th century.

– Pair of dueling pistols, made in Brescia in the second half of the 17th century, in excellent condition.

Named after the sunshine on the metal, which forged it, we consider the cold steel the noblest of weapons; however, we can use this romantic definition only for swords. The term “cold steel” means a whole series of small arms useful in close combat, manageable through hand-to-hand combat art and study. The steel arms category includes edge weapons and pole weapons, such as pruning hooks, halberds, and pikes and so-called blow weapons such as maces, hammers, and battle-axes. Finally, weapons to be thrown such as crossbows, bows, and “pallottieri” – this last is an ancient Italian word of the past, which defines a crossbow throwing bullets made of terracotta.

Here are some of the collectibles in the ancient Cold Steel Weapons section:

– Ancient and precious two-handed broadsword, made in one of those flourishing forges of master gunsmiths active in Germany during the sixteenth century, in an excellent state of conservation;

– Ancient left-hand dagger known in the field of ancient weapons with the name “Squarciona,” made in one of those flourishing forges of master gunsmiths active in Northern Italy during the sixteenth century;

– Sword with colichemarde blade, engraved mounts, and masterfully chiseled cup guard, made in one of the workshops active in Milan during the second half of the 17th century;

– Venetian sword, called “Schiavona“, made in one of the gunsmiths’ workshops active in Venice during the first quarter of the 17th century, with the original leather sheath;

– Ancient iron “infantry cage” sword, made in one of the master sword makers workshops in Northern Italy, during the first quarter of the seventeenth century;

– Old iron boar hunting spit, commonly known since the 15th century as “Chiavarina“, made in Florence in the 16th century;

– Ancient “kindjal” also known as the “Circassian knife,” created by one of those forges active in the Circassia region in the first quarter of the nineteenth century, in a good state of conservation.

Each action corresponds to an equal and opposite reaction: this is how we could define the evolution of armors’ suits throughout history. With the first sharp stone used by man for an offense, the first double-layered animal skin was born to defend against it. Defensive suits always evolved based on the forging of new steel arms over the centuries, ranging from boiled leather to forged iron armor. With the advent of black powder and its progressive use in battlefields, defensive suits gradually changed in the strength of absorption, then finally disappeared, but for exhibition or luster, in the early eighteenth century. Many public and private collections all over the world boast fine craft, embossed or etched inside. Actually, over the centuries, many illustrious names ventured into creating these works that we could define today as objects of pure and elegant jewelry.

Here are some of the items you can find in the Ancient Defensive Suits section:

– Morion with three crests of the Farnese guard;

– Ancient infantry armor in forged iron consisting of a closed helmet, tassette plates, breastplate, back, arms, elbowpieces and gloves, made by forge workshops active in Milan during the seventeenth century;

– “Maximilian” armor in forged iron, made in one of the forges of master armorers in Germany in the 16th century;

– Ancient defensive infantry suit, made by armor masters active in the Lombardy area during the second half of the 16th century;

– Ancient and rare embossed iron parade morion, made in a workshop of armor masters in Northern Italy during the sixteenth century, close to the Milanese production of the Negroli family;

– Ancient and rare parade wheel engraved with etching with gilding, made in one of the flourishing forges of master armorers in Milan in the sixteenth century, in excellent condition;

– Rare iron parade wheel with etching engravings, made by armor masters active in northern Italy during the sixteenth century.

Like any other piece of engineering, weapons too needed spare parts or tools to make them work. Keys to trigger wheel mechanisms, batteries, replacement knobs for swords, gunpowder flasks, all of these objects were necessary to the weapons to fulfill their purpose, whether they were cold steel or firearms.

Here are some of the items you can find in the Ancient Accessories section:

– Triangular gunpowder reserve in gilded iron, made in Italy during the 18th century;

– Ancient round gunpowder reserve in walnut wood, with ivory inlays and the charging spout in gilded bronze worked as a baluster, made in Germany during the first half of the 17th century;

– Flintlock with miquelet in engraved and embossed iron, made for long guns by master gunsmiths active in Naples during the eighteenth century;

– Ancient external wheel mechanism for harquebus, made in the Brescia gunsmith’s workshops in the 16th century;

– Ancient gunpowder reserve, made by French master gunsmiths during the 19th century;

– Ancient forged iron spanner, made in Brescia in the last quarter of the 16th century.

Gallori Turchi, Antiques, thanks to its experience in the field, can offer its customers everything they need. The specimens published in its gallery tell the history of weapons from the sixteenth to the nineteenth century. Please look at our insights: each item has a detailed review by Gherardo Turchi. If you need further info, please contact us, we will be glad to reply to you, the soonest possible.